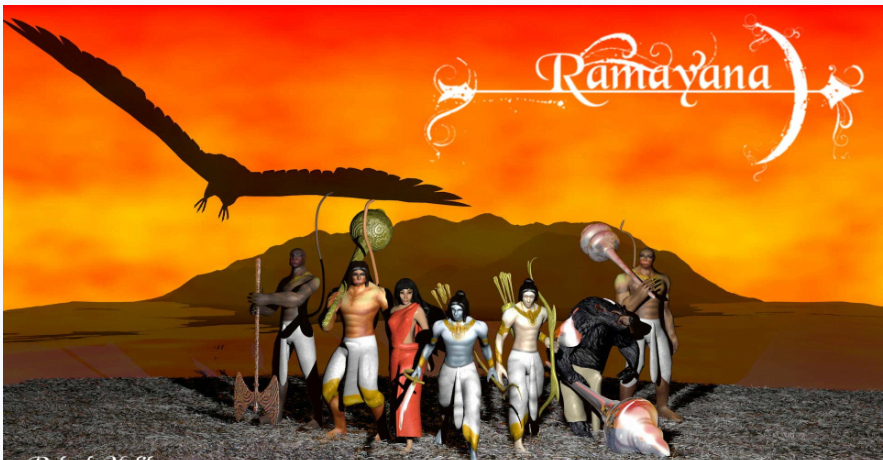 The Rāmāyana (/rɑːˈmɑːjənə/; Sanskrit: रामायणम्, IAST: Rāmāyaṇam) is a Sanskrit epic composed over a period of nearly a millennium, with scholars’ estimates for the earliest stage of the text ranging from the 8th to 4th centuries BCE, and later stages extending up to the 3rd century CE. Ramayana is one of the two important epics of Hinduism, the other being the Mahābhārata.

The epic, traditionally ascribed to the Maharishi Valmiki, narrates the life of Sita, the Princess of Janakpur, and Rama, a legendary prince of Ayodhya city in the kingdom of Kosala. The epic follows his fourteen-year exile to the forest urged by his father King Dasharatha, on the request of Rama’s stepmother Kaikeyi; his travels across forests in the Indian subcontinent with his wife Sita and brother Lakshmana, the kidnapping of Sita by Ravana – the king of Lanka, that resulted in war; and Rama’s eventual return to Ayodhya to be crowned king amidst jubilation and celebration.

The Ramayana is one of the largest ancient epics in world literature. It consists of nearly 24,000 verses (mostly set in the Shloka/Anustubh meter), divided into seven Khanda (parts) the first and the seventh being later additions. It belongs to the genre of Itihasa, narratives of past events (purāvṛtta), interspersed with teachings on the goals of human life.

There are many versions of Ramayana in Indian languages, besides Buddhist, Sikh, and Jain adaptations. There are also Cambodian (Reamker), Indonesian, Filipino, Thai (Ramakien), Lao, Burmese and Malay versions of the tale.

The Ramayana was a significant influence on later Sanskrit poetry and Hindu life and culture. Its main characters were fundamental to the cultural consciousness of several South-East Asian nations, both Hindu and Buddhist. Its most crucial moral influence was the importance of virtue, in the life of a citizen and in the ideals of the formation of a state (from Sanskrit: रामराज्य, IAST: Ramarajya – a utopian state where Rama is king) or of a functioning society. 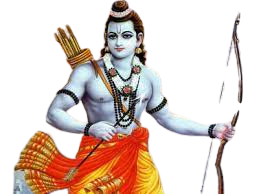 Not Enrolled
Login to Enroll
Free

Please confirm you want to block this member.

You will no longer be able to:

Please note: This action will also remove this member from your connections and send a report to the site admin. Please allow a few minutes for this process to complete.

You have already reported this .